Born and raised in the Bay Area, Taylor aka Wenzday uses her classically trained ear to bring a new sound to the electronic scene. After moving from the bay area to Los Angeles to commit to a full time music career, Wenzday attended and graduated from the prestigious recording academy ICON COLLECTIVE. It was here that Wenzday shifted from an open format DJ to full time producer. Fusing both her knowledge in house music and bass music Wenzday has created a unique and different sound that has hit releases on Confessions, Dim Mak, IN/ROTATION, and Insomniac Records.

Wenzday’s success has led to a hit weekly show on Dash Radio that airs weekly on Wednesdays and is also the co-founder of the hit bass label 40oz Cult. The label has released over 100 records since its inception in 2016 and has had shows in Los Angeles, San Diego, Honolulu, and Austin. Wenzday made waves with her hit release ‘Heartbreak House’ in 2019, a track that garnered support from Spotify Playlisting, Apple Music Playlisting, Billboard, Sirius XM and many more across the world. With major performances at festivals Coachella, EDC Las Vegas, Lost Lands, Nocturnal Wonderland, and Beyond Wonderland, Wenzday has been able to bring an experience to her live set that makes her performance something you don’t want to miss. 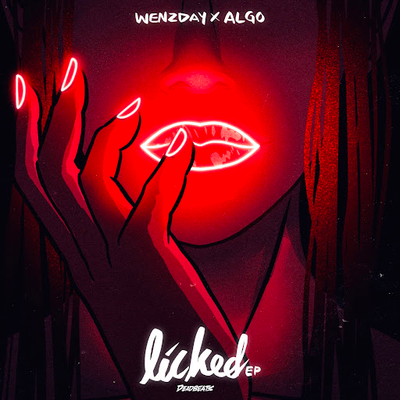 Licked
Be the first to notified about events in your area and more!