Hailing all the way from New Zealand, QUIX initially traveled to North America in 2017 for 10shows and finished up doing an astonishing 42. He has been tearing up the trap scene ever since,continuously shaking new ground with his unique sound design.

Coming off three headline tours in 2018, including Coachella and support on Steve Aoki’s Kolony tour, QUIX had a break-out year with his Illusions EP on Dim Mak, shaking the world’s largest playlists and crowds alike. The eclectic six-track EP pushed the boundaries of electronic music, showcasingQUIX’s diverse range of skills and ingenuity. “Giving Up” and his collaboration with Vincent,“Hero,” have racked up millions of plays and creatively merge genres with powerful vocals, while staying true to his signature sound.

QUIX has also been honored by Spotify to feature on the cover of their two biggest international dance playlists, “Mint” and “Dance Rising.” QUIX has quickly gained regular live support from top tier DJs including Skrillex, The Chainsmokers, Steve Aoki, Diplo, RL Grime,Alison Wonderland, What So Not, Adventure Club and has released on labels including Dim Mak, OWSLA and Mad Decent. Coming off a cosmicMeadow performance at EDC 2019 and collaborations with Adventure Club and Alison Wonderland,the future looks bright for the Kiwi producer as he continues his global ascension.

Hailing from Winnipeg, Canada, 25-year-old Robert Hughes aka Vincent is one of the strongest forces in the world of genre-defiant, boundary-pushing electronic artists. Fusing sounds across trap, future bass and unique styles in between, Vincent is perpetually setting the trends in his space.

Originally gaining momentum for his remixes of “U Don't Know - Vincent Remix” and “Paris,” it’s also Vincent’s original work that distinguishes the producer’s appeal — burgeoning from the day one trap fans all the way up to new listeners. In 2019 he released his debut EP, For You, which coincided with a 30+ date world tour.

Primed to take the future by storm, armed with the talent and avant-garde approach to music that fans of today and tomorrow yearn for, Vincent is reinventing the electronic artist. 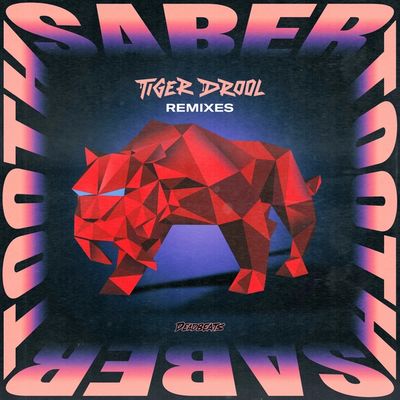 Saber Tooth Remixes
Be the first to notified about events in your area and more!