Mikey Miele or better known as MYTHM, is a Dubstep and experimental bass music producer hailing from Vancouver, Canada who has quickly become a rising talent within the electronic music scene. Taking inspiration from genres: Dubstep, Grime, Drum and Bass, Hip-hop and more, the Canadian artist has helped fortify the growth of Dubstep and bass music with his forward thinking productions since the inception of his project in 2019. The sounds of MYTHM consist of a mesmerizing blend of eerie atmospheres, rupturing basslines, hefty percussion, swift vocal chops and hypnotic melodies. Incorporating both analog and modular gear into his sound design, Miele is no stranger to experimentation and uses hands-on hardware to create otherworldly soundscapes and audible distortions. MYTHM has released his work on respected labels such as Artikal Music UK, Deadbeats, Deep, Dark & Dangerous, Wormhole, Wheel and Deal Records and has received support from the likes of renowned producers: J:Kenzo, Truth, Zed’s Dead, N-Type, Liquid Stranger, and Peekaboo, to name a few. Miele has caught the attention of many with his consistent, quality releases and high energy live performances which have taken him to major music festivals like Shambhala, Lost Lands, Lightning In a Bottle, Infrasound and Beyond Wonderland. Riding this momentum, MYTHM leaves no room for stagnancy as he lives for the endless possibilities and boundaries that have yet to be pushed. 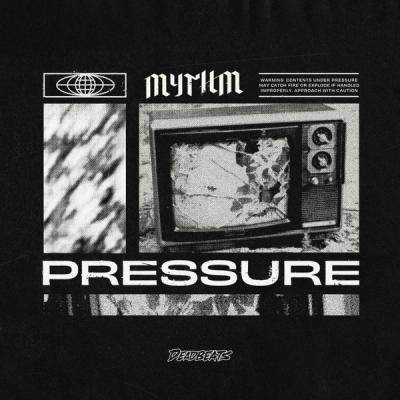 MYTHM - Pressure
Be the first to notified about events in your area and more!