Millbrook embodies what it means to be an artist in the modern day, with the twenty-something

Berlin based producer taking influence from the wider European drum & bass scene to carve a path for himself which has enabled his current accolades. From releasing on Viper, Ram Records, Spearhead and now Elevate, his ascent has been a quick one, handpicked by esteemed label heads such as Friction. But when looking at his vast back catalogue which includes such prestigious labels, as well as support from the likes of Camo & Krooked, Don Diablo, Andy C, Noisia and more, the young producer has showcased talent already through a host of massive platforms.

As well as being asked to remix for pivotal figures BCee and Matrix & Futurebound, Millbrook’s repertoire has exploded over recent years - and that’s whilst his second year under the Millbrook alias has been in lockdown. The Luxembourg native laid the foundations of his rise within his hometown, where he went from playing to only a handful of friends to finding himself on the line up at places like London’s seminal club Fabric, becoming a household name for drum & bass fans across Europe.

It’s his tracks which has enabled his fan base to continually grow, with music production giving him an outlet to really flex his skillset. Despite having tried several instruments it was the expansive tools of a DAW that helped him to really dive headfirst into a creative outlet, which shows through the emotiveness and complexity of his sound. It was here he was able to explore the different instruments he’d held in his hands, backed by an unbiased, objective view on music, one which he crafted for himself as he grew up with the only musical influences being his own. This would lead him to change the direction of his university studies, where he switched his course to study at BIMM Berlin for three years to achieve a degree in music production. And whilst never being drawn to one genre, it was in drum & bass where he found his home.

With a range of tastemaker support from the likes of Radio 1, UKF and Bassrush, as well as amassing over five million streams on Spotify alone, Millbrook is a contemporary success story. Adding a historic New Zealand tour into the mix this year, as well as slated releases on both Hospital Records and Deadbeats, Millbrook has pushed through a challenging year and remained at the new era’s helm. There’s more to come from Millbrook in 2021, including a slew of new singles debuting on Elevate Records, demonstrating his hunger for drum & bass and its continual evolution. His music is a testament to this. 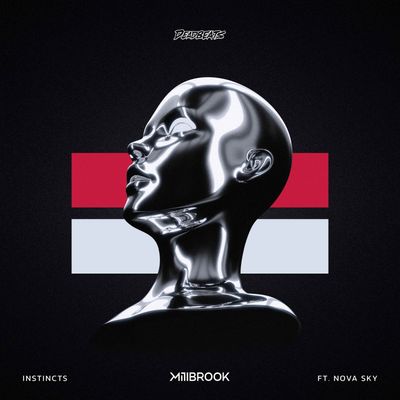 Instincts
Be the first to notified about events in your area and more!