Freaks & Geeks is the new DnB moniker of electronic power duo Shaun Brockhurstand Phil Desborough, known to some as Doctor P and one half of Roksonix. The pair first crossed paths in 2010 in the offices of prestigious bass label Circus Records, where label co-founder Doctor P wouldrelease hits such as ‘Sweet Shop’, ‘Tetris’, and ‘The Pit’ and where Roksonix would cut their teeth releasing the likes of ‘Music in Me’.

The pair have separately achieved massive success in the field of electronic music, performing across the globe on multiple worldwide tours, and making landmark appearances at some of the world’s most prestigious music festivals including; EDC, Glastonbury, Tomorroworld, Rampage, Pukklepop and so many more.

Like many of their age, both Phil and Shaun grew up listening to Drum and Bass, with artists like EdRush and Optical, Dillinja and Shy FX being some of their favourites. Starting out as Drum and Bassfans and eventually developing into producers and DJs in the field themselves, they rode the second wave of DnB, forming part of that burgeoning scene when Pendulum, Noisia, Chase & Status and SubFocus were re-writing the rule book.

There is little surprise that the Drum n Bass sounds of their formative years form the root of the Freaks & Geeks sound, combining with other influencestocreate their unique brand of vocal-driven, high energy DnB.

Now masters of their craft, Freaks & Geeks have already caught the eye of many incredible record labels, working with the likes of Viper, Rampage, Elevate and the aforementioned Circus Records.Returning to their roots and working relentlessly on new music, Freaks & Geeks is now unleashed! 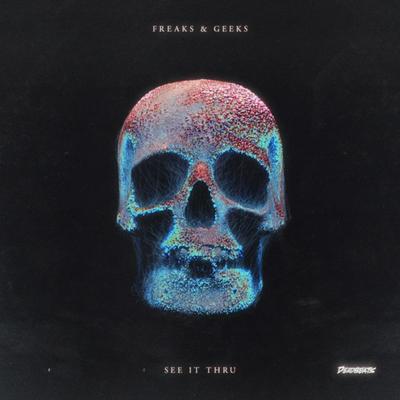 See It Thru
Be the first to notified about events in your area and more!